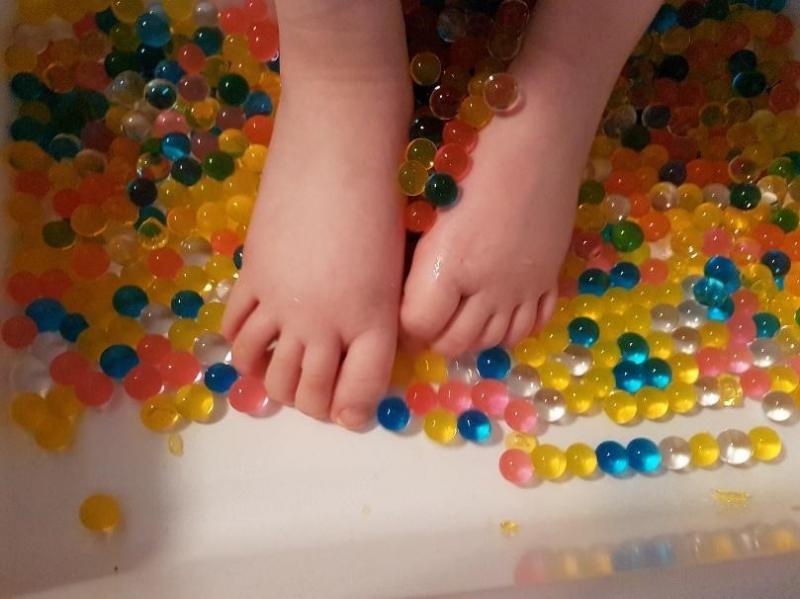 The project was a collaboration, funded by the Reykjavík City Human Rights Council, between the School of Visual Art and the non-profit organization Lyngás.

There are 5 children at Lyngás in a special preschool division, from the age 0 to 7. They all have different skills that were taken into consideration when choosing projects for each one. They use wheelchair in their daily life and each one has a custodian that assist them with various things such as movements. In the beginning and through consultation with the staff it was decided to blend in kid yoga with art, whereas the teacher also being a yoga teacher and has previously combined art teaching and yoga with children. The project was about different senses and was approached by offering visual elements, such as blacklight, ice cubes, and foam. The blacklight was used for those who are poor-sighted, it creates more contrasts, black and neon. The colored ice cubes where used for touch, the children experienced the texture and the coolness by touching them. The same idea was for the colored foam. The foam was in a container with a pump which was easy to push, and easy to mess around despite the lack of ability to move. And because the children were all in wheelchairs, they worked on the floor on a large surface, so they could drive the chairs around, and by moving the chairs they moved their tools. One of the projects was about the art teacher telling a story about them having picnic in the forest, and during the imaginary walk she played bird sounds and projected a large picture on the wall of the forest. Part of it was playing in the river or the lake, and for that so-called water-pearls were used, tiny pearls that become larger in water. The children took their socks of and put their feet or hands in, so they could feel the wetness and coldness. The teacher kept in mind the importance of describing everything in words, especially for those who were poor-sighted.