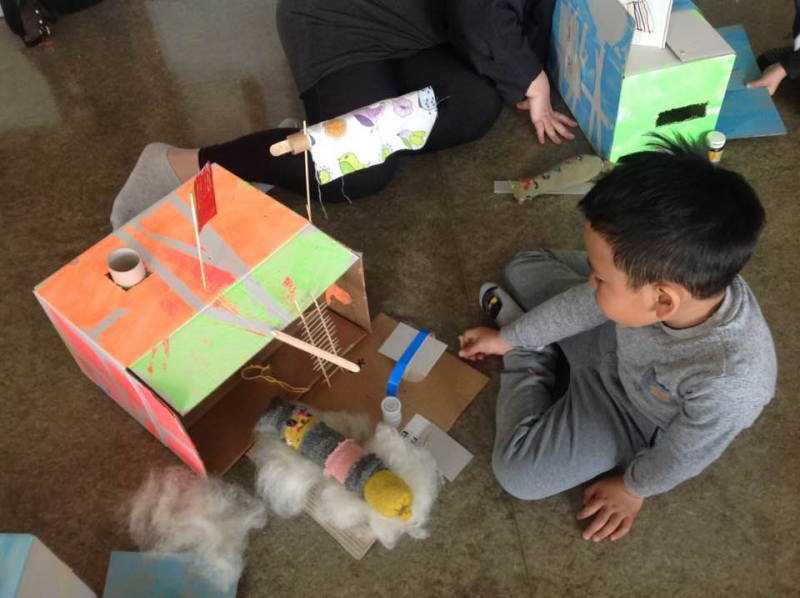 The school Bridge was a collaboration between Reykjavik school of visual Arts, a primary school and a preschool. Around 100 children took part in this project, and they were divided in four groups. Each group was divided in four smaller groups so there were about 8-9 children in each. Every group met four times and worked on the project supervised by artists from the art school.

The focus was on experience and creativity through all senses; sound, touch, taste, sight and smell. The method Action learning was used, and the focus was on the children and their activity and influence on the studies was viewed. Alongside was considered the Convention on the Rights of the Child in connection with democracy in classroom. The children created a creature made of old socks which they brought from home, and they also made a home for the creature out of a cardboard box, which could also be an instrument. In the end of the project the parents were invited to a concert and to see the results of the project. In practice: On the first day the children from the kindergarten and from the primary school got to know each other by making a web together. They sat in a circle and told each other their names, and passed a ball of yarn between them. The second day is making of the creatures. Each child made their own creature and named it. Next step was to make a home for their creatures. And experimenting with smell, taste, and feeling. Tasting a lemon! Finishing the homes, furnish and decoration-and final day, exhibition for parents and teachers.